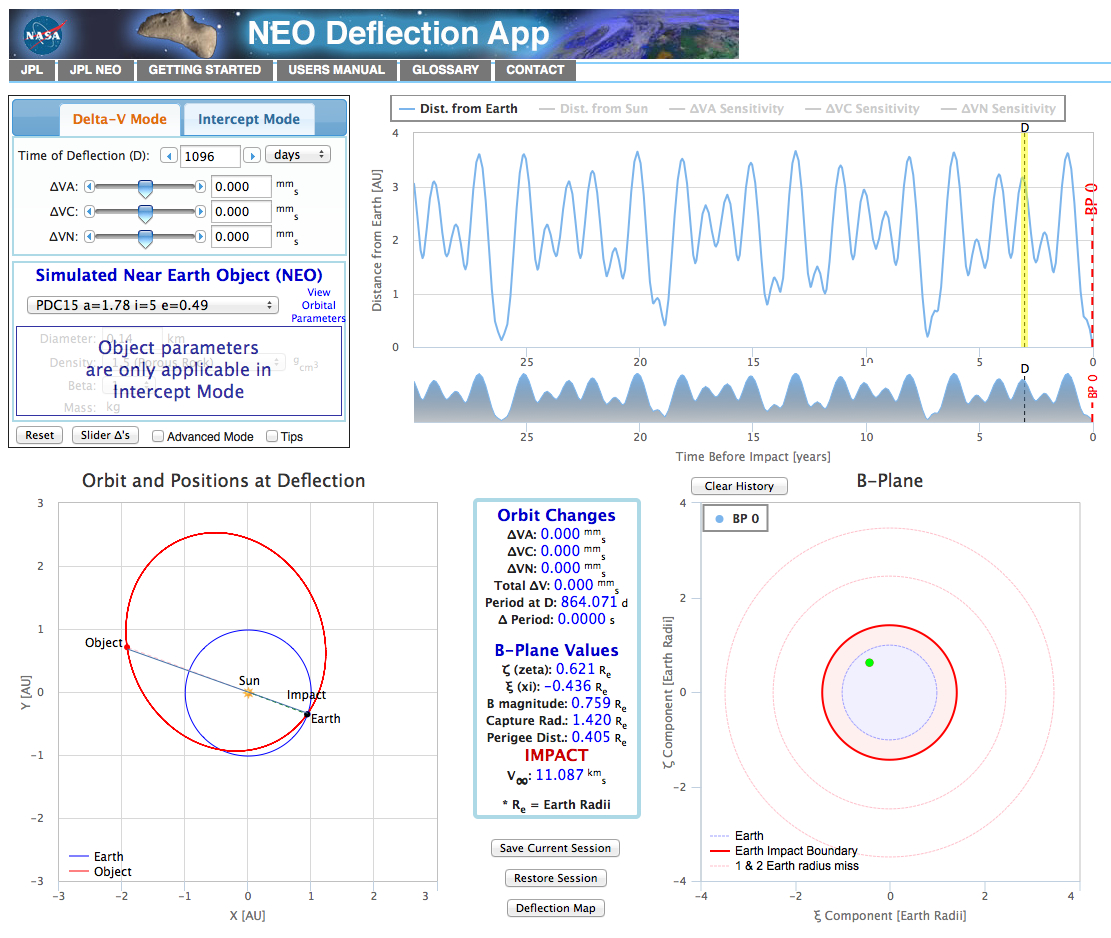 The app’s screen is split into 5 panels. They are linked, so that when you make changes in one panel, such as setting the deflection time or velocity change, the other panels are updated to reflect those changes. The green dot in the B-Plane panel in the lower right shows the main result: where the asteroid is headed relative to the Earth at the potential impact time. The large solid red circle in that panel shows the region in which trajectories will impact the Earth: to avoid impact, you must find a deflection that moves the green dot outside the solid red circle.

Some of the simulated NEOs in this app have pre-impact approaches to the Earth close enough to create keyholes; these objects have the notation [kh] appended to their descriptions in the pull-down list. For these objects, secondary b-planes are defined, which is where the keyholes are located. The times of the secondary b-planes are indicated in the Plot Panel by additional vertical dotted lines annotated with the B-Plane number: BP1, BP2, etc. Note that these lines are grayed out when they occur before the deflection time, since they play no role in the deflection. Move the deflection time D to the left of a b-plane line to activate it. Keyholes are very useful because they provide opportunities for amplifying the effects of deflections that take place prior to the close Earth approaches that produce them. When these secondary b-planes are available, the B-Plane Panel can be switched to show these b-planes, and the positions and widths of the keyholes in these b-planes can be seen.